This Tower of Pisa- like structure is the the Satkhanda, an unfinished tower for viewing the moon. It was suppose the be an additional 3 stories higher. It was commissioned by Nawab Mohammad Ali Shah in 1842.

I’ve learned from various sources that it was built to (a) honour his favourite daughter and allow her to view the moon (although she died before it was completed), (b) afford the Nawab a bird’s eye view of his beloved city, and/or (c) allow clerics to better view the moon and dictate festivals on the lunar calendar, depending on the tale.

It remains unfinished due to the Nawab’s death and some suspicions that it may be bad luck. (The princess’s death, the fact that the Nawab twisted his ankle whilst visiting and — unrelated to the ankle– the Nawab’s death during construction; all of which contributed to rumours of bad luck.) It stands as a sort if folly now, amid horses and dogs, while the archeological society tries to raise funds to complete it. 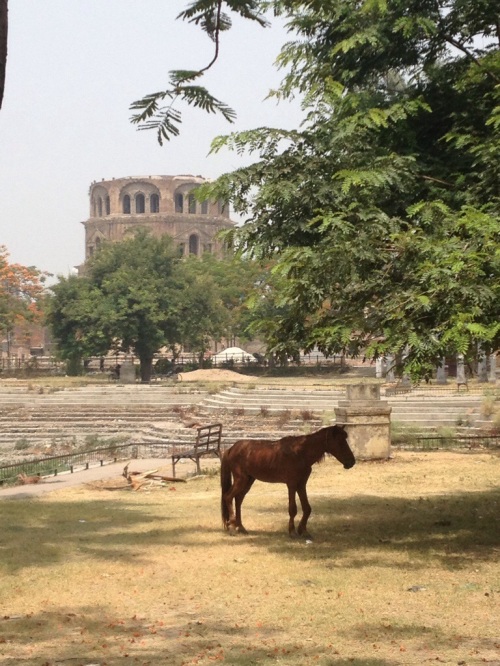 The tower photo was from last week in Lucknow. But tonight (Fri the 13th) is the “honey moon”. I looked for it on my roof terrace here in Bangalore, but it’s pretty cloudy… And it’s not orange nor champagne in colour. 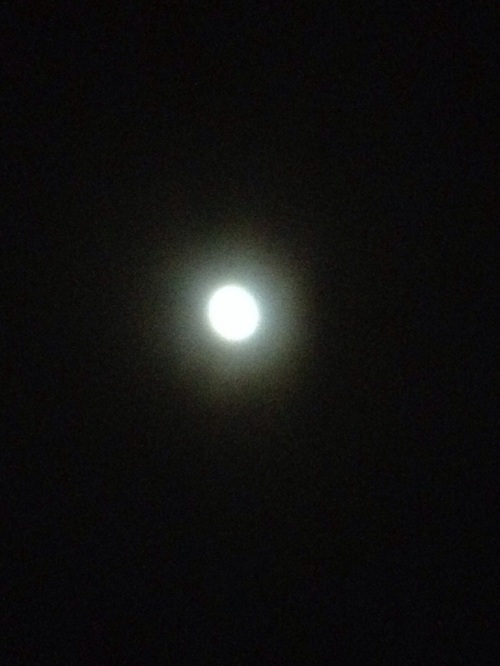 Update: Sat the 14th — the moon was HUGE and orange! Guess the Friday the 13th Honey Moon was the North American phenomenon and ours here in India was the next day….