I can’t believe I’ve been blogging this long and not shared some holy cow photos.

These cows found a quiet, shady spot away from most of the traffic; I spotted them on a side street C took to avoid a traffic jam: 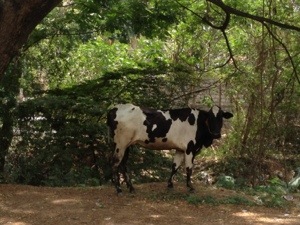 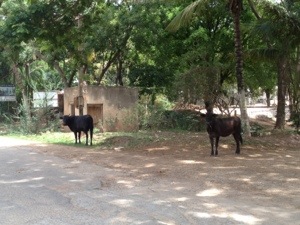